* If you face any difficulty in signing the petitions, please mail us on mass.kutch@gmail.com

Mundra, Gujarat: In a major breakthrough, the Compliance Review Panel of Asian Development Bank has come down heavily upon the ADB for committing major violations in financing the 4000 MW Coastal Gujarat Power Ltd (Tata Mundra), in Gujarat. This is the second major financial institution which is coming under harsh criticism for its lending to Tata Mundra, by their own accountability mechanisms, after the Compliance Advisor Ombudsman of World Bank’s International Finance Corporation found serious violations resulting in harm to the people and environment.

Failure to adequately disclose information about the project and potential harm, absence of timely public consultation with all stakeholders, erroneous Social and Environment Impact Assessment (SEIA) resulting in failure to identify potential impacts, absence of baseline data and monitoring systems; failure in adhering to the ADB policies on discharge of water to the sea at a higher temperature resulting in heavy loss to livelihood to fisherfolk; violation for ambient air quality standard are some of the serious violations found in the investigation by CRP. The Report was made public on April 7.

These policy violations are manifested on the ground as, heavy drop in the fish catch due to discharge of water to the sea at a higher temperature, resulting in serious livelihood issues among the fishing community; inadequate compensation for the fisherfolk, since they were not counted in the SEIA; and increasing respiratory illnesses among the children and the old.

ADB management’s response to the CRP findings were mostly dismissive and tried to justify the violations and safeguard their client, the company.

CRP chose not to look into the impacts of the inlet channel of the project, citing that it is shared with the adjacent Adani power project, nor did it look adequately the impacts of coal dust and fly ash pollution on dry fish put in the open, or acknowledge the impacts on horticulture, blaming on the “multiplicity of factors”.

“This is a major victory for the people’s struggle against Tata Mundra and other destructive power projects in Kutch” Bharat Patel, General Secretary of Machimar Adhikaar Sangharsh Sanghathan (MASS), one the complainants to CRP said. “Since two of the world's largest development banks have come under fire from their own accountability mechanisms for gross violations on the ground, it has only strenghtened our resolve to intensify our voices and struggle for justice and fight this dirty energy,” he added.

In October 2013 CAO released its findings citing violations for IFC policies. Among them, Environmental and Social risks and impacts of the project were not considered and addressed; There is no social baseline data; IFC’s policies for land acquisition not applied, despite physical and economic displacement; Inadequate attention paid to the requirement of biodiversity conservation; IFC failed in its review and supervision of the impacts on airshed & marine environment; and IFC failed to examine the cumulative impact of projects around Tata Mundra.

A monitoring report after one year, which was made public by CAO in January 2014 found that no action was taken by the IFC or company to address the findings of CAO an year back.

“The project is up and running and people, our crops and cattle are suffering from its impacts. ADB finding violations about non-compliance but not taking any action on its will be a joke on the people. The violator should be taken to task and suspend all work till the issues are adequately settled”, Gajendrasinh Bhimaji, one of the complainants said.

“No other project in the country has received such serious flak from its financiers as Tata Mundra in recent times. Not taking any meaningful action on the findings will erode people’s faith in institutions like World Bank and ADB further, and will be left with no choice but the challenge them at all fora”, Madhuresh Kumar, National Convenor of National Alliance of People’s Movements said.

"This audit report by CRP reconfirms the earlier CAO findings that both the ADB (and other financiers) and Tata-Mundra/ CGPL had faltered on anticipating multiple impacts on communities and planning right measures to mitigate these. It is high time ADB, IFC and Tata Power sincerely engage in serious damage repair mechanism in consultation with the affected communities", said Soumya Dutta, an energy expert.

Souparna Lahiri of NGO Forum on ADB, a watchdog of ADB said, “We welcome the findings of the CRP. We hope the findings will not remain on paper and the management will translate it into bold actions, sending a strong message to their clients”.

The people’s struggle against Tata Mundra demands that:

· ADB should suspend their funding to Tata Mundra immediately, pending strict compliance to the policies
· Should compensate people for the loss they have incurred already, and
· Take punitive actions against the company for violating the policies.

Our Development Vision Our Dream

Respectful Homage to a selfless worker and great leader 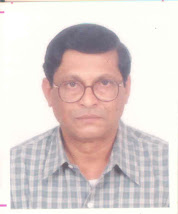 Machimar Adhikar Sangharsh Sangathan(MASS), Kutch
Bhadreshwar, Kutch, Gujarat, India
Visitors are amazed by the resilience and endurance of the fishing community that has survived the odds of nature and the forces of modernization for nearly two centuries now. In the gunny bag shacks, they see a people whose self honour is intact and pride in their tradition, culture and work is still alive. The situation of the Kutch fishing community presents many paradoxes. On one hand, we are engaged in a thriving craft that fetches us a steady reasonable income. On the other hand, exploitation by middlemen keeps us trapped in debts. Without any access to basic amenities, education and health facilities, we are denied of rights enshrined in India’s constitution. Now, our occupation - traditional fishing is at risk. Like ants being trampled by a herd of elephants, we are at threat of being wiped out by Adani's Mundra Port and SEZ, OPG Power Plant etc. All are equal, but some are more equal than others seems to be the case here as our rights continue to be violated in-spite of our appeals to all quarters for several years now. MASS is our tradeunion, based out of Bhadreshwar, Mundra Taluk, Kutch working to win our rights. Write to us at mass.kutch@gmail.com 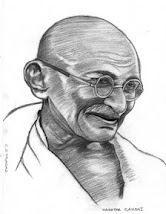 Development must be Local and Indigenous to be Sustainable. The Fishworkers' Sustainable Development Vision conforms with Gandhiji's Swadeshi Principle.